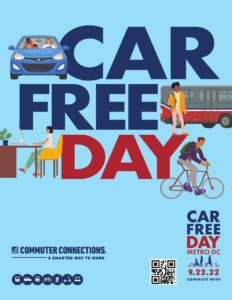 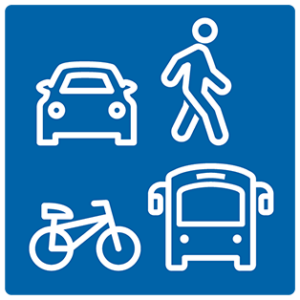 On June 16, 2021, Active Prince William submitted the following general comments on the active mobility and trails element for the Mobility Chapter in Prince William County’s Pathways to 2040 Comprehensive Plan:

1. Active Prince William encourages Prince William County to plan for the expeditious development of a robust, connected, and diverse countywide network of bikeways, walkways, and trails as part of the Mobility Chapter of the Pathways to 2040 Comprehensive Plan.

2. The County should invest in building more “active transportation” infrastructure through 2040 to rebalance the excessive car-centric focus of the past.  A robust, countywide Bicycle and Pedestrian Mobility Plan should be created to identify and prioritize bikeways and walkways that connect all activity centers and provide safe routes to all schools, parks, recreation centers, libraries, transit hubs, shopping centers, and employment sites, so bicycling, walking, and rolling can increasingly replace many short-distance (under 5-mile) motoring trips

3. The Bicycle and Pedestrian Mobility Plan should identify where various types of bikeways, trails, and sidewalks will be completed by 2040.  One goal, synchronized with the Parks, Recreation and Tourism Chapter and the Systemwide Master Plan for county parks, should be to create a connected network of shared-use paths, sidewalks, and bikeways, so all neighborhoods with a density of 4 or more dwelling units/acre are within a 10-minute walk (1/2 mile) of a neighborhood park or school/community-use site.

4. The County should establish a more vigorous and ongoing Active Transportation Program within its Department of Transportation, guided by a comprehensive and strategic Bicycle and Pedestrian Mobility Plan adopted by the Board of County Supervisors. The development of that plan, which could require a year or more of effort and community outreach, should be guided by dedicated in-house transportation planning staff and a diverse citizen task force. An outside consulting firm with strong expertise in active mobility planning (e.g., Toole Design Group or Alta Planning + Design) should be hired to coordinate the development of this Bicycle and Pedestrian Mobility Plan.

6. The Mobility Chapter should include a table listing specific planned bicycle, pedestrian, and trail facilities, comparable to Table 2 listing the Thoroughfare Plan projects.

7. Appropriate bicycle and pedestrian accommodations should be planned and aggressively implemented, both as an integral component of all roadway widening and reconstruction projects and as standalone projects actively pursued separately from roadway reconstruction, during both scheduled roadway resurfacing and as fully independent projects.

8. A strategic prioritization process should guide the implementation of the standalone bicycle and pedestrian projects. The prioritization process for standalone projects and retrofits should consider many factors, with “opportunity” (such as upcoming roadway resurfacing, grant availability), trip demand, cost effectiveness, equity, and pedestrian safety being key considerations.

9. Bicycling accommodations for collector and arterial road corridors and urban boulevards should not be largely limited to shared-use paths (sidepaths), which are often hillier, more meandering, and less well maintained than the adjacent roadway and frequently interrupted by hazardous motor vehicle cross flows at intersections and driveways. These features make sidepaths much slower and more stressful for bicycling than simply sharing the roadway with vehicular traffic.

12. Adding paved shoulders (on open-section roadways) or bike lanes (on closed-section roadways with curb and gutter) is appropriate for road cycling enthusiasts and can provide very suitable bicycle accommodations, particularly in the Rural Area.  As traffic speeds and/or volumes increase—and for roads along a designated bike route– the need for (or desirability of) wider paved shoulders or bike lanes or for more separation between the bike lane and the adjacent travel lane (with either a crosshatched buffer or a physical barrier) increases.

13. The Mobility Chapter should include a policy that when the traffic volumes on roads in the Rural Area rise above 1,000 vehicles/day, VDOT will be asked to retrofit modest (2- to 4-foot wider) paved shoulders during scheduled roadway resurfacing, retaining the original 30-foot prescriptive easement. Such modestly widened roadways could then be striped with two 10-foot travel lanes flanked by two 5-foot paved shoulders for walking and bicycling.

14. When any residential development involving 10 or more homes is permitted beside a road without a sidewalk, the developer should be required to build a sidewalk or a sidepath along the road frontage for that subdivision.

15. On roadways where traffic volumes are forecast to exceed 10,000 vehicles/day over the next 20 years, adding a central two-way left-turn lane as well as paved shoulders or bike lanes should be proposed, as an alternative to widening to four or more travel lanes.

17. The current designation for 14-foot “wide” outside lanes (termed “Class III” bikeways) should be eliminated. All of those roads should be re-designated for bike lanes (aka “Class II” bikeways). If multilane roads are simply striped with 11-foot travel lanes instead of the Interstate-regulation 12-foot travel lanes, a 14-foot outside lane becomes at least 16 feet wide, which is wide enough to allocate as a 5-foot wide bike lane plus an 11-foot travel lane.  Thus, the category of “wide outside lanes” is not only a poor bicycling accommodation; it’s a completely unnecessary category.

18. Signed shared roadways (e.g., relatively low-speed collector roads with shared-lane markings (a.k.a. “sharrows”) or low-traffic residential subdivision streets with way-finding signs) are the only “Class III bikeways” that should remain.

20. The Vision Zero strategies appropriate for different areas in Prince William should be identified and incorporated in all transportation planning.  Crashes involving a vehicle with a bike or pedestrian should be reported as a “vehicle-bike crash” or “vehicle-pedestrian” crash, not as “bike crash” or “pedestrian crash”.  Since vehicle speed greatly influences the severity of such crashes, VDOT and the County Department of Transportation should seek to lower the design speeds and posted speed limits on roads within activity centers, and emerging technologies, such as automated speed enforcement, should be used to reduce speeding. Particular attention should also be paid to minimizing risk when designing intersections that permit right turns on red and intersections where people walking or bicycling must cross two or more lanes of free-flow traffic.

22. For shared-use paths, bike lanes, and sidewalks maintained by the county, rather than VDOT or an HOA, the PW County Departments of Transportation and of Parks, Recreation and Tourism should budget annually for routine maintenance as well as for capital maintenance (e.g., periodic repaving).  That includes removing storm debris, managing winter snow and ice, mowing grass, and removing encroaching vegetation.

23. For Traffic Impact Analyses, the county should report average pedestrian delay at intersections together with reports of average vehicle delay, and calculate bicycle and pedestrian Levels of Service and/or Comfort, comparable to calculating Level of Service for Vehicles.  Intersections should be designed to balance delays for bicyclists/pedestrians as well as delays for vehicles.